In a town named Winter Park one would think that parks would be a huge deal. One would be correct! If you don’t count the small parks that almost every neighborhood has, the city claims eleven parks and most are wheelchair accessible! The crown jewel park is Central Park, that flanks Park Avenue and anchors the downtown. This eleven acre park offers respite to residents, and hosts numberous events throughout the year including two nationally know art festivals, one in the Spring and one in the Fall. Among the most notable others are these:

Cady Way Park has a lot going for it. It houses the Cady Way Pool, a playground , rental softball fields and tennis courts.

Dinky Dock Park is on the shores of Lake Virginia and offers swimming, boating, boat launching and a fishing pier.

Kraft Azalea Garden encompases over 5 acres of pure beauty. This “secret garden” is on Lake Maitland and is a favorite place for weddings and bird watchers.

Phelps Park has something for all ages. It is a great playground, a popular site for childrens’ birthday parties, basketball courts, tennis courts and a pavilion that can be rented for special events.

Ward Park is Winter Park’s largest and is totally dedicated to competitive sports. There are baseball fields, soccer fields, a track and football stadium. It is in that stadium that the Winter Park High School Wildcats play.

Lake Baldwin Park is the city’s only off-leash dog park. At 23 acres, there is plenty of roam for Rover to roam.Best Restaurants in Winter Park 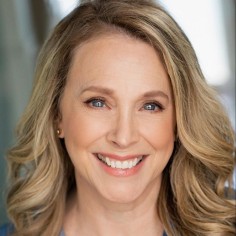